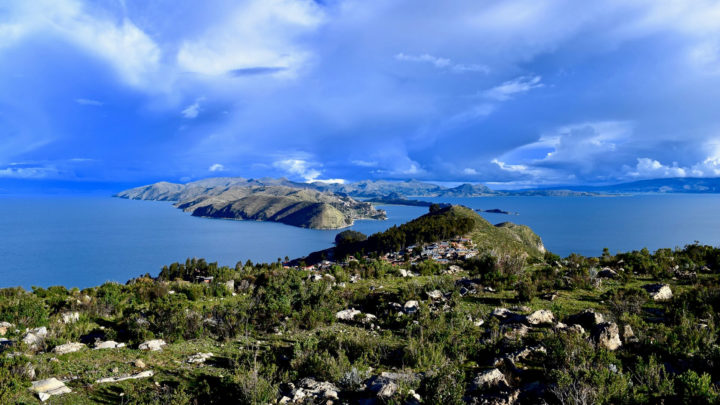 Raising to the top as one of the most sought-out destinations for seasoned and sophisticated travelers, Bolivia is just the place to make the senses pop. A landlocked country in the Andes, Bolivia’s unofficial capital of La Paz is officially the highest such city in the world at 11,975 feet. And for a country that compares with Texas in size, Bolivia packs plenty of out-of-this-world beauty and awe for the traveler that can put aside a week or two to be wowed.

It’s easy to feel small in Bolivia. Expanses are immense, from the Altiplano highland plateau of the Andes to the Uyuni Saltpan, the world’s largest salt concentration where the salt layers run as deep as 15 feet, to the endless sky, which puts on a continuous star show in this “dark” destination.

Those who seek adventure will get it in Bolivia along with a deep appreciation for Bolivia’s Andean heritage and ancient traditions. 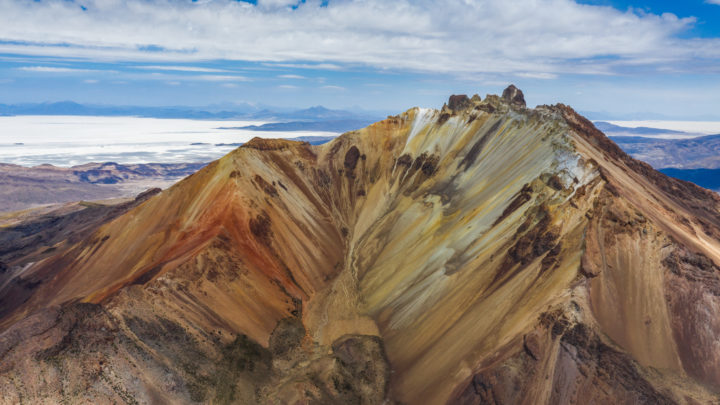 While a trip to Bolivia can be momentous, it can also be onerous and difficult to do without the guidance and backing of an expert tour company. Crillon Tours is a well-respected family-owned Destination Management Company (DMC) with a storied history. Founded in 1958 by Darius Morgan Martin, Crillon Tours began its first tours to Tiwanku in 1959 and since then continues to pioneer unique experiences and curate innovative journeys led by three generations of the Morgan family-Darius Morgan Jr., his sister, Margot Morgan and Darius’ son, Sebastian Villena Morgan. Based in La Paz, its experts and passionate team curate a variety of bespoke luxury experiences in Bolivia while supporting local communities. Ensuring that visits to Lake Titicaca, Uyuni Salt Flats, La Paz, Sucre, Potosi, the Amazon and other places on a vacation list get the benefit of the company’s 60 years in showing travelers the magic of this destination. 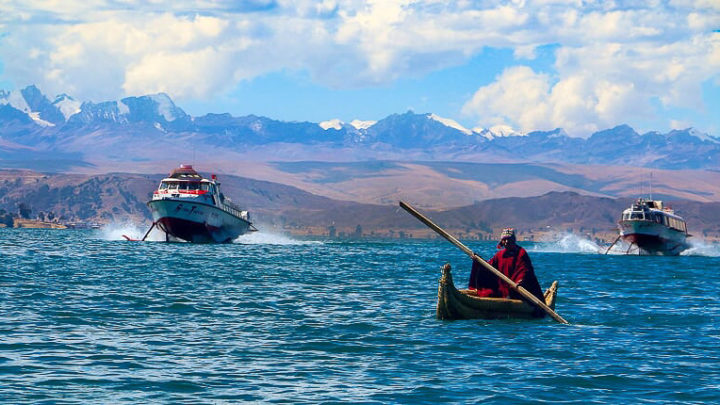 Crillon offers a 12-day Comprehensive Bolivia package that takes in all the highlights of this country for individuals, couples and groups large and small. Shorter, more regional options are available, but for those who truly want to experience Bolivia this is the best choice. It starts in Santa Cruz, taking in the top historical spots in the city and then heads to the pre-Hispanic settlement of Samaipata. From there it is the colonial city of Potosi, now a UNESCO World Heritage Site, and a visit to the convent of Santa Teresa and the silver mines beyond. On day 6, visitors head to the Uyuni salt flats and Isla Pescado for some incredible photographic opportunities with stays in a deluxe Airstream camper before going onto La Paz. But the journey would not be complete without an exploration of the ruins of Tiwanaku and visits to fishing villages on the shores of Lake Titicaca. The adventure includes taking a luxury hydrofoil to unspoiled Moon Island to visit the Temple of the Virgins of the Sun or Iñak Uyu, and visiting the Great Inca Stairway to a sacred spring. The underground waters are said to grant eternal youth and happiness.

Crillon Tours also acts as a South America consolidator for travelers what want to tour of the continent on a 14-day adventure. 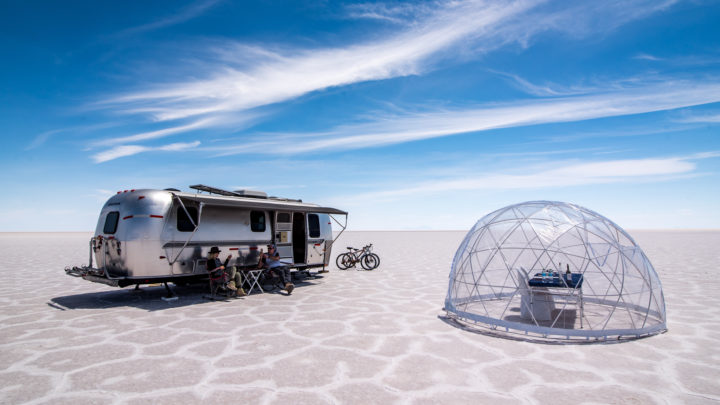 Top Places to Visit in Bolivia

Naturally, visitors will want to dip their toes into the largest lake on the continent that is also the world’s highest navigable body of water. Lake Titicaca straddles the shores of Peru and Bolivia and is believed to be the birthplace of the Incas. Tiwanaku, the ruins of an ancient city state that is considered the precursor of the Inca Empire, lies on the south-eastern shore of the lake and is well worth the visit as remnants of that civilization that peaked around the 8th century can be explored and experienced.

For some other-worldly moments, the Salar de Uyuni takes the prize as one of the flattest places in the world that becomes, in its 4,000-square-mile area of salt flats (once a prehistoric lake), the largest mirror in the world after a rain shower. Visitors in jeeps travel across the expanse and watch the earth meet the sky in breath-taking frames. While there, a visit to the Luna Salada Hotel & Spa, a hotel entirely made out of salt at the edge of the world’s largest salt flats, is in order. Salt is a known element of detoxification and salt rooms are often offered as healing amenities at some of the top hotel spas in the U.S. 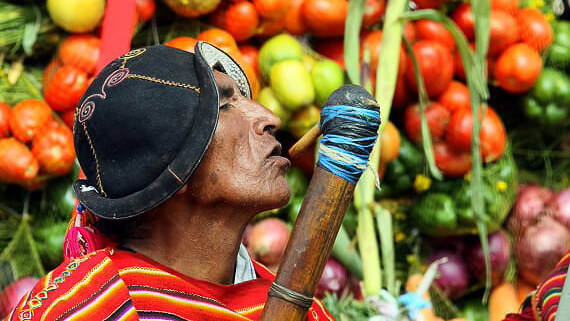 Another spot not to be missed is Sucre, a town founded in the 1500s by Spanish colonials and one that still offers a clear glimpse of 16th century Spanish aristocratic culture. As a designated UNESCO World Heritage site, Sucre brings historically significant buildings and a setting largely untouched by tourism.

Bolivia is a destination of exciting and adrenaline pumping activities for those who want to immerse in its natural riches. Visitors can choose to cycle the world’s deadliest road or go on a trek on Isla del Sol at Lake Titicaca. They can track jaguars in Kaa Iya National Park, climb Huayna Potosi, and enjoy the tricks altitude can play on one’s golf game at La Paz Golf Club – the world’s second highest golf course. They can tour old silver mines of Potosi and explore the Bolivian Amazon. And those choices do not include what’s possible on the eastern part of Bolivia.

On the eastern side of the country lie some unforgettable moments as well. There is the Che Guevara trail to hike and condors to track as they fly back and forth to their nests in the hills surrounding the pueblo of Samaipata. A visit to Santa Cruz is worth the effort. It’s the most modern and fastest growing city in Bolivia, and brings a distinctly different cultural experience as well as a notable culinary and nightlife scene. 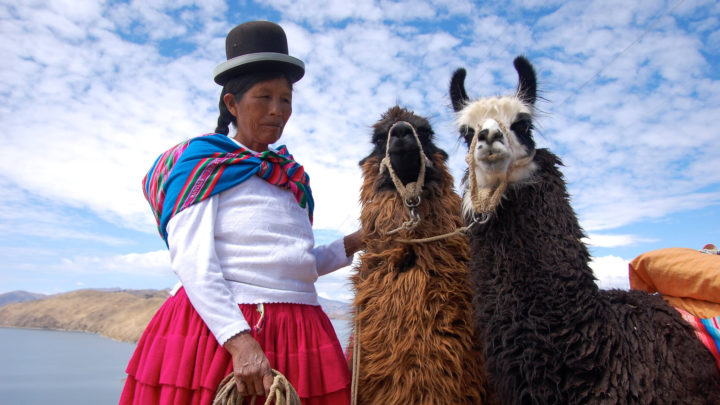 One of the best times to visit Bolivia is during a festival, such as these upcoming in 2019.

Every year on the Saturday prior to Ash Wednesday, the sleepy village of Oruro comes to life with this legendary Carnival. This is the place to see colorful folk dances, eye-catching costumes and intricate handicrafts as well as enjoy lively music. The party goes on all day and all night.

Find this fest in the Chuquisaca region, about 50 miles east of Sucre, It’s a town notable not only for its lively open-air market and intriguing Yampara culture, but also for its annual two-day weekend fiesta, usually held on March 12.