A Seaside Read at Malibu Beach Inn: The Shadow Box 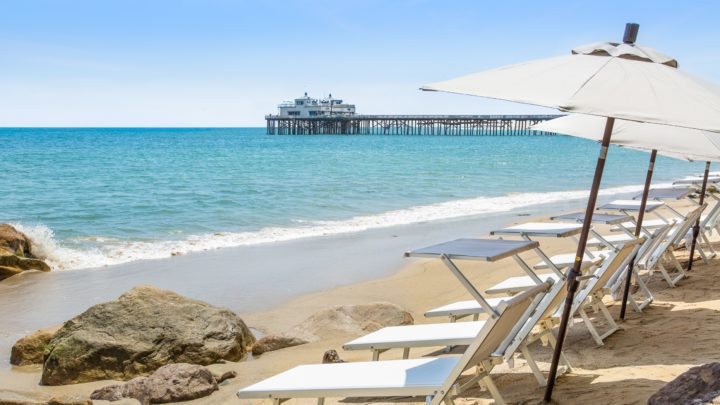 Malibu Beach Inn has long been a source of inspiration for guests and artists for the soothing sounds of the Pacific Ocean waves crashing on the shores of the famed Carbon Beach. New York Times Best Selling Author, Luanne Rice, has a surprise for guests at Malibu Beach Inn. Offering a retreat through literature, she is gifting a copy of her new novel, ” The Shadow Box“, with an exclusive essay penned by Ms. Rice and a commemorative bookmark featuring a quote from her.

Ms. Rice is a longtime friend of Malibu Beach Inn and has written parts of several novels here, including “The Shadow Box” — a dark tale of love and how far a woman is willing to go to expose the truth about her husband. The novel takes place on the East Coast, but was influenced by the tranquility of Malibu (and Malibu Beach Inn), as well as the inspiring views and sounds of the Pacific Ocean and unparalleled sunsets framed by the terrace of Ms. Rice’s favorite oceanfront guest room. 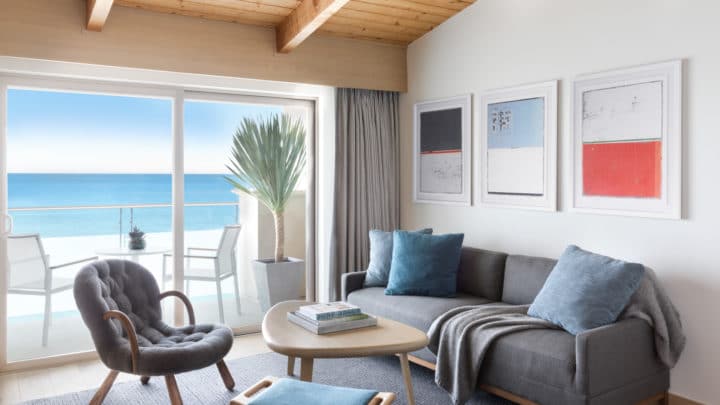 I dream of the Malibu Beach Inn. To write there, in a room overlooking the Pacific Ocean, is to invite into one’s psyche all the romance of the sea, the West, the hoped-for, the unexplored, the vast, the near, the far.  I can see the lights of the pier through the fog late at night, hear the bell buoy, smell the salt air.  I can hear the waves crashing on Surfrider Beach.  At dawn I see the light, gold and rose, breaking in the east, and I watch the sun travel west throughout the bright day and impossibly blue sky, until it sets behind the Santa Monica Mountains. 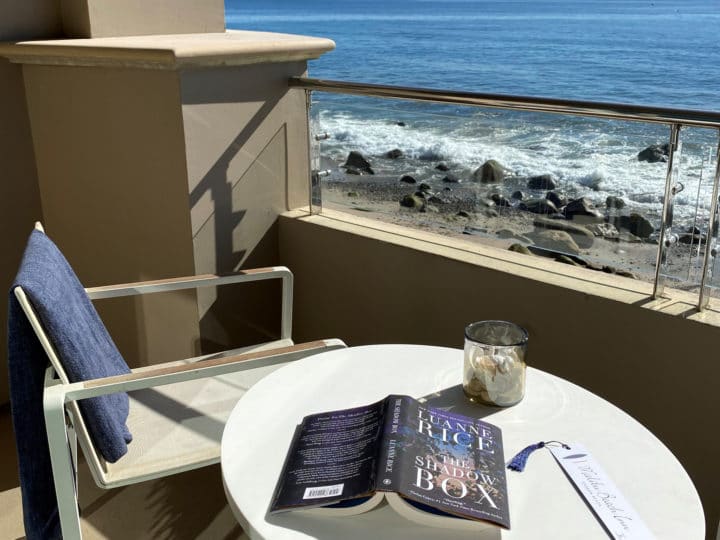 I have stayed at the inn many times and written parts of several novels there. THE SHADOW BOX is a dark tale of love and how far a woman is willing to go to expose the truth about her husband.  It is set an east coast wilderness, but the trails were partly inspired by Solstice Canyon, and the idea of family secrets are not unfamiliar to Malibu.

No matter where you are, no matter where you’re from, the Malibu Beach Inn whispers to you and captures your imagination.   I think of May Rindge, my fellow New Englander, showing up in Malibu with her beloved husband in 1892 and falling in love with this magical place.  May cherished Malibu’s wild nature and blocked the railroad from coming through, and she became known as the “Queen of Malibu”. 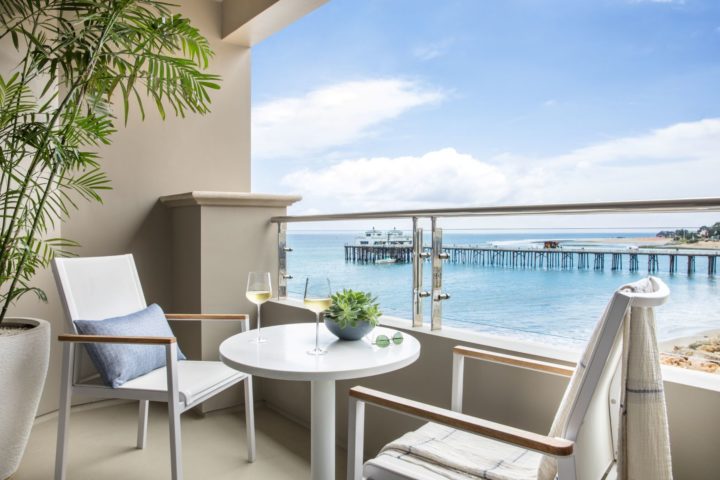 Sit on the terrace of your hotel room, as I have often done, and gaze out at Adamson House to the west, built by Rhoda—May Rindge’s only daughter—and feel the history of this area.  Creative people love it there, and the coastline and canyons provide lots of places for privacy and hiding out.  The ocean, mountains, creeks, and hideaways are wildly inviting to artists and writers, and there are fantastic places throughout (the Malibu Playhouse, Theatricum Botanicum in Topanga Canyon) where you can see live theater produced, directed, and acted by local theater and film people. 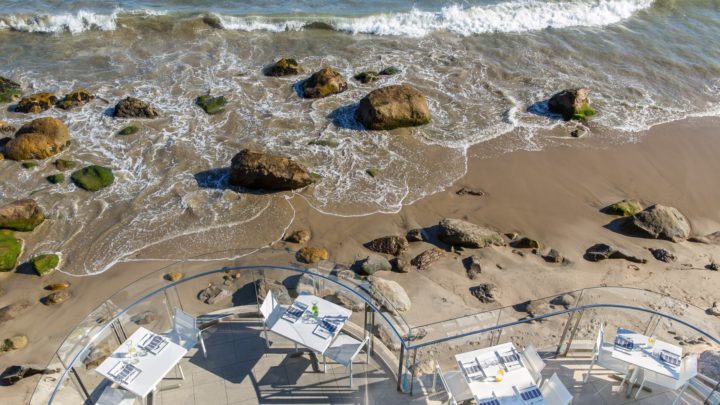 I don’t know what it takes for you to feel the sea, but for me, I close my eyes and listen for the waves.  A secret: it sounds exactly like your breath.  In and out, in and out.  I am listening now, and I can hear the Pacific.  The waves are gentle, they are rolling into the beach, and I hear them breaking just beyond my balcony at the Malibu Beach Inn. 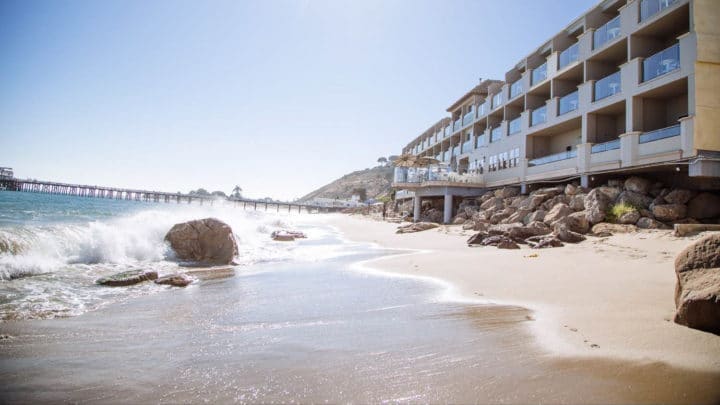 The tranquility of the Malibu Beach Inn, and I have often conjured myself there; I wrote THE SHADOW BOX partly while imagining myself in one of the oceanfront rooms and feeling the peace.  If only I could have called down for room service, it would have been perfect!

And soon I will be. 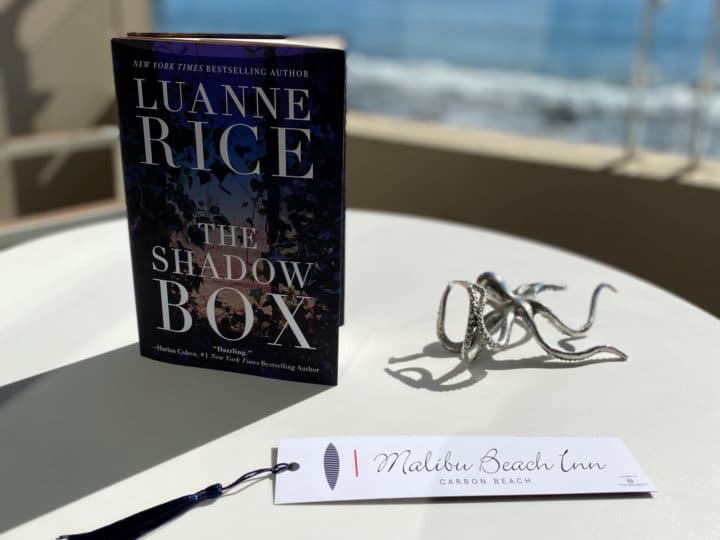